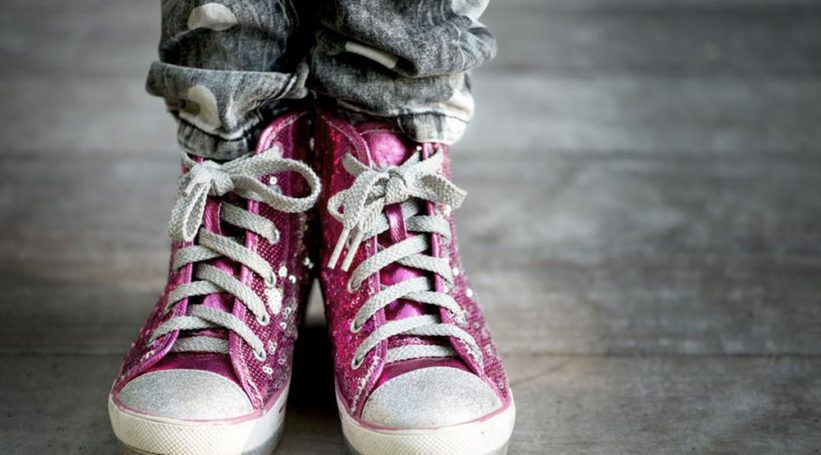 Your guide to Chuck Taylor Converse

Chuck Taylor played basketball semi-pro in the first few years of his career. Unsatisfied by the shoes available to play the game, he took interest in the shoes made by Converse All-Star. He still did not think they were perfect enough for playing basketball. His next actions changed the course of basketball and of course, the company. Taking up the challenge, he worked on designing and selling shoes for basketball.

The design: He wanted to make shoes that were flexible enough to allow the players to move about freely. The sole is of brown rubber while the front is of white rubber. This is to help players keep grip on the court. The rest of the converse, covering the foot, is made of cotton canvas. The intention was to make the shoe move along with the sweaty socks and at the same time, avoid blisters. The patch on the ankle serves more purpose than to just show the logo. It consists of a minor padding to prevent the players from bruising. It was the first shoe of its kind.

The struggle: A hell of salesmen, he introduced this new line of shoes within the basketball community. He was very well connected to the members of the basketball association. This caused the sales of the All-Star Converse to skyrocket in 1920. By 1932, Chuck Taylor was so famous for his contribution that an entire line of shoes were named after him. Thus the All-Star Chuck Taylor Converse we so love and flaunt was born.

He was a man devoted to the cause. Word of the Converse company based in Massachusetts soon spread all over America. The credit goes to the man himself. He wasted no time in traveling from one state to another with no permanent address to his name. Chuck Taylor made no royalties off the millions of shoes sold in his name.

He was not done yet: He did not stop there. He was behind the invention of the ‘stitchless’ basketball. This made it much easier for players to hold and control the ball. He promoted basketball internationally and helped in making it an Olympic sport.

In his time, all the basketball players wore Converse Chuck Taylor. They were so popular that people bought them just to own a pair themselves. At a point, All-Star owned 80% of the sneakers market. Soon there were several companies coming up with different designs as well. All based on the original Chuck Taylor model. Soon after he retired, Nike bought All-Star. However, they remained true to the cause and did not stop manufacturing the Converse.