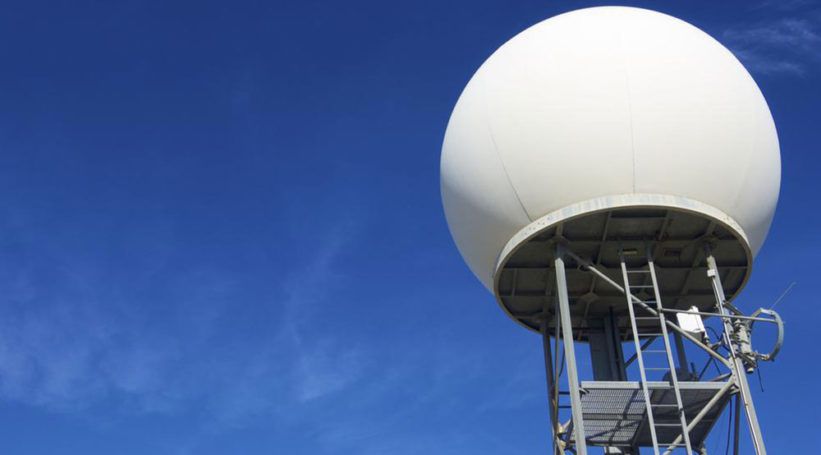 Weather radar and their role in weather prediction

Also calledÂ as weather surveillance radarÂ (WSR) orÂ Doppler weather radar, Weather radar, are the ones that are used to locateÂ precipitation, calculate its motion, and estimate its type (rain, snow,Â hailÂ etc. weather radars that are manufactured nowadays are mostlyÂ pulse-Doppler radars. These weather radars are capable of detecting rain droplets motions. They are also capable of measuring the intensity of the precipitation. These types of data can be used to determine the structure of storms and their potential to causeÂ severe weather.

RadarÂ operators during World war II noticed that weather parameters were causing echoes in the signals appearing on their screen, which masked potential enemy targets. Techniques were developed to filter these anomalies. This led scientists to study the phenomenon. Soon after,Â many radars were used to detect precipitation. Weather radars since then have evolved and are now used by national weather services, research departments in universities, and television newscasts. Specialized software can take radar data and make short termÂ forecastsÂ of future positions and intensities of rain, snow, hail, and other weather phenomena. Radar output is even incorporated intoÂ numerical weather predictionÂ models to improve analyses and forecasts.

Weather radars use microwave radiation as their source of propagation. They send directional pulses that are of the order of aÂ microsecondsÂ using aÂ cavity magnetronÂ orÂ klystronÂ tube that is connected to aÂ parabolic antenna. The radiation so generated is of wavelength of the order 1^10Â cm, approximately ten times the diameter of the droplets or ice. This means that part of the energy of each pulse will bounce off these small particles, back in the direction of the weather radar station.

Shorter wavelengths are useful for smaller particles, but the signal is more quickly attenuated. Thus 10Â cm (S-band) radar is preferred although expensive than a 5Â cmÂ C-bandÂ system. 3Â cmÂ X-bandÂ radar is used only for short-range units, and 1Â cmÂ Ka-bandÂ weather radar is used only for research on small-particle phenomena such as drizzle and fog.

Radar pulses spread out as they move away from the radar station. Thus the volume of air that a radar pulse is traversing is larger for areas farther away from the station, and smaller for nearby areas, decreasingÂ resolutionÂ at far distances. At the end of a 150 200Â km sounding range, the volume of air scanned by a single pulse might be on the order of a cubic kilometer, which is called pulse monitoring.