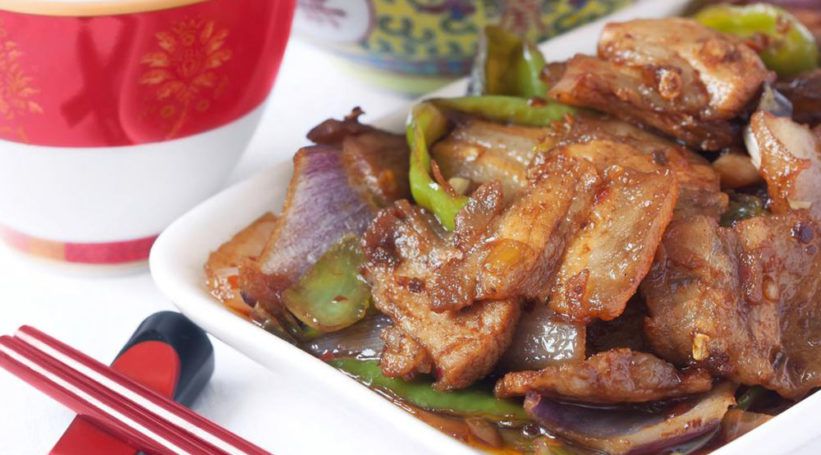 Pig’s feet is not your everyday choice of meat, in fact it is a delicacy which is more prominent in the southern states. Traditionally, pig’s feet are pickled, braised or jellied. This recipe calls for use of everyday ingredients to compliment the hooves, or more commonly known pig’s feet in a broth or in recipes where the unusual meat can be pickled or even jellied.

But here are a few different ways of preparing and eating pig’s feet.

Pickled feet in tostadas: Pickled pig’s feet is the traditional classic, but dicing the meat and adding them to tostadas is one way to go. Tostada is a tortilla which is used as a base made from corn or wheat flour, layered with different kinds of toppings.

Fried pickled pig’s feet: Pig’s feet dipped in a pancake and cornmeal batter to be deep fried is another variant which can be made easily. The batter provides a crispy, crunchy texture over the slow cooked meat, which is juicy and tender to bite into.

Pigs feet pie: Pies are made with a variety of meat fillings, a savory alternative to the sinfully sweet desserts. Adding pig’s feet in the recipe as a filling, is another variant which can be made using this unusual cut of meat.

Jellied pig’s feet: This recipe calls for pig’s feet to be slow cooked in a Dutch oven, then poured into molds or forming bowls to be refrigerated and served later. Savory flavor in the form of a jelly, an interesting and very tasty variant which retains all that flavor absorbed by the meat. Slow cooking ensures maximum flavor retention and thus enhances the taste of the traditional recipe.

Pigs feet stew: Served with rice, this beautiful stew takes you back in time. A dish which is cooked with meat and vegetables in a liquid broth.

Boiled pig’s feet: Chopped onions, apple cider vinegar, a couple of bay leaves, green peppers all boiled and seasoned with garlic and onion powder. The pig’s feet are then added to the base broth, to be topped off with red pepper flakes and salt to taste. This technique is not so different from slow cooking, but must be stirred from time to time to make sure all the ingredients are mixed properly.

Many other variations of cooking this Southern classic can be found online, with step by step instructions.