Home ▸ Arts and Entertainment ▸ The significance of theater 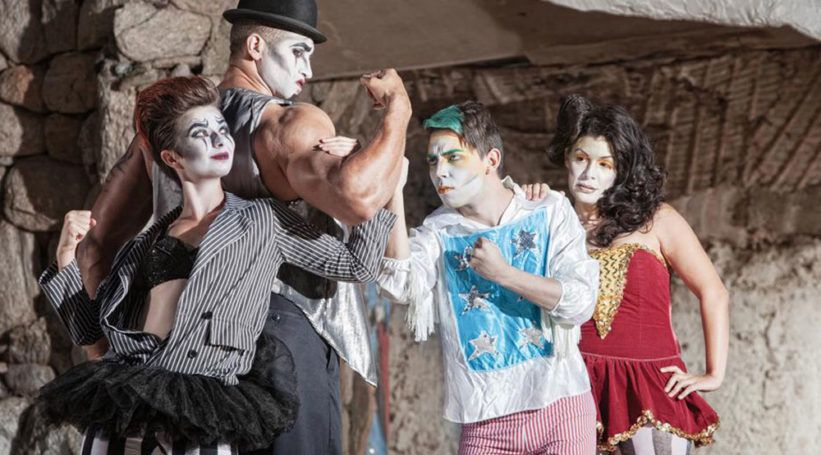 The significance of theater

A theater performance can be a tremendously powerful experience, causing you to burst into waterworks, sometimes because of the humor, sometimes because of the sadness. There is no changing, no pausing and simply no stopping because a live performance works beyond your control. Performing arts is usually stereotyped to be something as that is enjoyed by an audience that is older or has a sophisticated taste in terms of entertainment. But of course that isn’t true at all!

The theater industry in America has evolved at such a great magnitude, blending itself into the ever dynamic contemporary culture, at the same time keeping the history of the country alive through the years. It manages to bring people together, creating a one of a kind collective energy fueled with enthusiasm and anticipation.

The theater as a creative expression is an extremely crucial part of what humans are. The word entertainment is an understatement to describe what theater truly stands for! Since the dawn of the motion picture productions, many assumed that theater eventually be an outdated art form. But it is still here, in all its glory and all its passion. It is undeniably tougher and refined than the acting which seen in movies. It has no retakes, and everything you see, as inconsequential as a hand movement is practiced over a hundred of times.

The performing arts are an extremely critical portion of American History as well, it’s is the pioneer of all forms of creative endeavors we see today on our smart screens. It is mesmerizing because it potently channels expressions and emotions, which cannot be decoded with a machine. It tends to grip you emotionally, to take your breath away and make you think.

The theater production makes a great effort to entertain an audience. Right from the actors who immerse themselves into the character while performing, to the crew who makes sure that everything, from the lights, costumes, music, props till the last curtain fall is executed with ease and grace. All and everything is taken care of, so that the audience could have one wonderful evening. The best part about witnessing a play or a musical is that it will be worth all the time and money. Since the makers have a limited time, with no room for error, it is highly unlikely that you will be disappointed in the final performance.

Besides everything else theater invokes a strong sense of curiosity, and the awakening of dormant emotions within the audience, persuading us to look at life in a different way. The theater performances usually revolve around topics and issues that are meaningful and hard hitting. In a few hours we become a part of a world that had no real connection to ours before, and it stays longer with us than we expect it to be!