Home ▸ Food and Drink ▸ The journey of a recipe, from cookbooks to online search 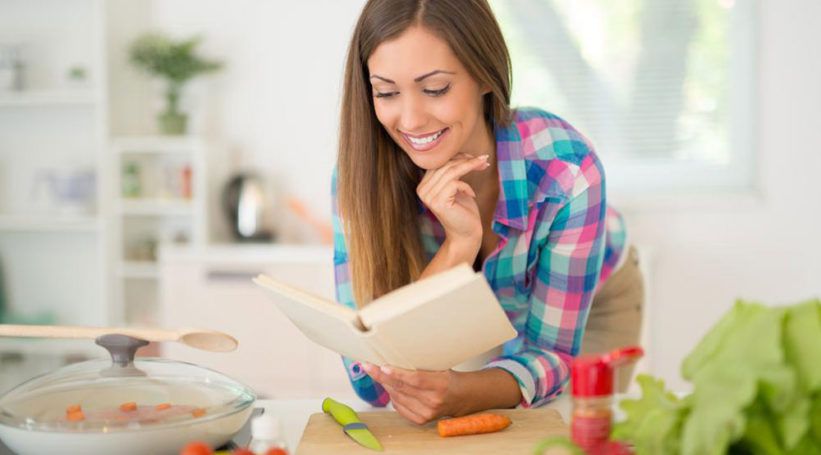 The journey of a recipe, from cookbooks to online search

Life is all about evolution, and like us even our food has come a long way. We have learned to amalgamate tradition and innovation in our cooking. Today recipes are not just limited to an individual’s notebook or a restaurant’s kitchen, it has reached places one didn’t even know of. This is the age of the food dream, where â€˜I live to eat’, isn’t really an exaggeration anymore.

But when did this transpire?
Way before technology happened, we remember our grandmas scribbling recipes and notes in her special diary. This diary transformed into a family cookbook and then slowly into a legacy. And we carried this intimate legacy forward by cooking these age-old recipes to keep customs alive. â€˜Secret Recipe’ wasn’t such a strange term to hear in family households. Food was just a way to express love. And suddenly, it just wasn’t all love, it was a demand too. These recipes found their way to the world through the printing press. Budding cooks, home cooks and even food enthusiasts had a found a way to bring foods of the world in their kitchens. Food recipes were no longer one person’s business it had transformed into a commercial domain with lots of potential. Then as the cable network seeped in, grandma’s family recipe found its own cooking show.

But it hit a home run the moment when recipes found the new child of technology, i.e. the Internet which surpassed all the levels of culinary reinvention.
One of the greatest feature of the online arena is that it is driven by the idea of sharing, which is easy to record and alter. One basic recipe today has found so many diverse variants, it just not â€˜spaghetti with meatballs’ anymore, it always has this little room vacant, open for creative ideas. It is as if people want to learn your tradition, but make something original out of it for themselves, and that’s beautiful.

For example, if you wake up one day determined to learn how to cook French food, you will not have to worry about the lack of guidance. On the contrary, you will be perplexed with the number of alternatives that are being presented to you. You key in a few words in a search engine and there’ll be a myriad of options right out there. You will find recipes coming from the best of chefs and bloggers, you just have to choose.

YouTube, is another revolutionary Internet product which runs on your convenience. You don’t need to be glued to your TV screens with a pen and paper, now you can watch, pause and replay any video at 3 am in the morning, and whip together your favorite dish.

The important aspect of sharing recipes online is that it has sustained the balanced between culture and creativity. Both these factors are crucial for maintaining the essence of our ancestry as well as for the evolution of ideas.