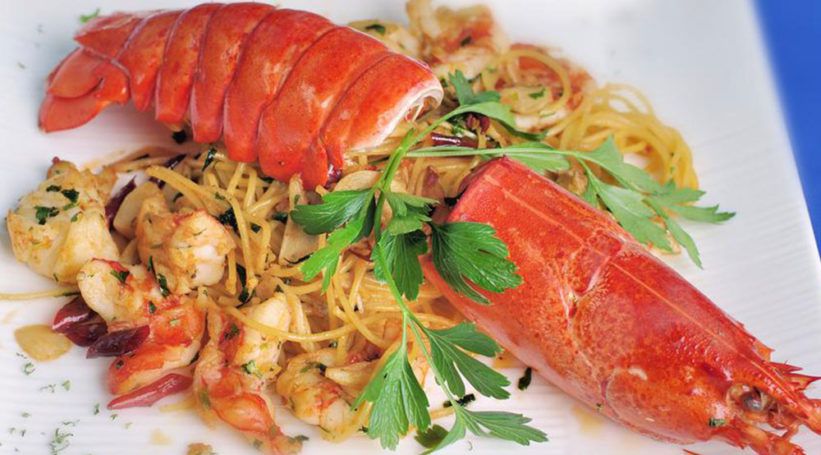 The goodness of boiled lobster

Sweet, succulent and a globally loved delicacy, lobsters are enjoyed universally despite their high price. It is a lesser known fact though that lobsters in the 19th century used to be a poor man’s food! The turn of the century saw a shift in the public opinion and lobsters became a prized possession of the fishermen. Now lobsters are hunted, at times killed and sold at highly competitive prices. Lobsters are not only expensive but also intimidating. All lobster lovers who enjoy the white and firm meat often are unable to muster up the courage to cook lobsters at home! This is mostly due to its intricate and complex frame and often due to the repulsion of cooking a lobster that is alive. What is unknown to many is that lobsters can be cooked easily by boiling.
That’s right, boiling is the most popular, easy and healthy method of cooking any and every food. However firm a vegetable or meat may be, boiling makes every food item tender and easily edible. Boiling lobsters too, is a great way of preparing any lobster recipe. The goodness of boiling is not merely restricted to making the meat tender. When it comes to lobsters, boiling makes lobsters easier to pick and clean. Boiling also helps in easily pulling off the meat from the shells when they are cracked. Boiling makes lobsters more convenient to eat and helps retain the flavor of the meat. Boiled lobster is a healthy source of protein, vitamins and minerals when enjoyed in moderation.

Boiling a fresh, dead or alive lobster in sea water is considered the best way to retain its characteristic ocean flavor. It also helps to evenly cook the meat. Those who do not have access to ocean water can use sea salt while boiling lobster. While boiling the lobster, you must make sure that the pot used to cook lobster is large enough so that the lobster is completely submerged in the water. It is also important to note that the lobster is not crammed so that it can be stirred at a later point. To boil, you must place adequate water in a pan and add two spoon full of sea salt and bring the water to a rolling full boil. Once the water is boiled, place the lobster into the pan and bring it back to a boil. You can also poach and parboil the lobster. This is done by simply blanching the lobster into half and repeating the boiling process!

You can also steam lobsters if you have a steaming pot or dish! Steaming the lobster is known to enhance the flavor and bring out a more tender meat. Steaming unlike boiling, cooks the meat slower. You can also avoid overcooking the meat if you steam it.

You can choose any of the boiling or steaming methods mentioned above and add the flavor of your choice to make a delectable lobster dish! You could also store the boiled lobster and make different kinds of recipes out of them. If you are not too inclined to cook elaborately, you could just boil the lobster and season it with some freshly ground pepper and lemon and enjoy your healthy meal with a tasty dip!