Home ▸ Games ▸ American Girl ▸ The American girl doll- the doll with a cause! 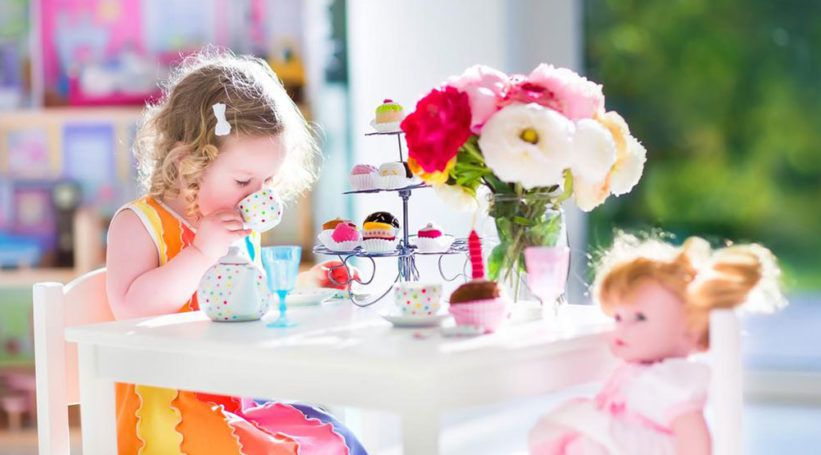 The American girl doll- the doll with a cause!

Every girl, right from a really young age fancies pretty stuff that she can somehow connect to, be it her stuffed panda that signifies comfort, or her color pencils with which she wishes to add a little more color to the otherwise boring world that she witnesses. But nothing beats the little girl’s love for her doll! A doll is a girl’s first companion, her role model, her comfort in the time of distress and pretty much her first best friend. Your child’s attachment to the doll can at times be a cause of concern and this is not an understatement. Many a times, you might have come across various scenarios where people object to the fact that dolls are responsible for promoting unhealthy body images. A perfectly thin waist, long blonde hair, long legs and a model-like structure is what gets ingrained into your child’s mind as the perfect women which someday she would aspire to be. So, the American Girl Doll manufactured by the Pleasant Company, comes as a breath of fresh air!

The American girl doll pays a tribute to the various aspects that the american culture stands for. No one would have expected an 18 inch doll to have such impacts on the minds of young children. These dolls are historical characters whose stories are narrated in the American Doll storybooks. What sets these dolls apart is the fact that these dolls are designed such that they portray some or the other ethnic races that are a part of the American culture since times unknown. Thus, the dolls create an awareness among children about the ethnic diversity of the country and plays a major role in helping them accept this very diversity with open arms. Also, the dolls have a life of their own, their own history coincides with the country’s history, for instance, the Molly Mcintire doll’s story would tell you how she braved the World War II without her parents and how she aided the injured soldiers.

In addition to being ethnically aware, these dolls also address various issues that plague the society, such as, racism, poverty, child labor, child abuse, animal abuse, war, etc. in a euphemistic manner that won’t add to the child’s horror. So, the American girl doll is one of the most socially-aware dolls that any parent would want for their child, not only would it be the ideal companion for your child but can also be credited with making your child socially-aware. You won’t have to get in line to buy this amazing doll, you can do it online and there are American girl doll coupons available online that would enable you to buy the dolls at great prices! And now you know that the American girl doll is a doll with a cause!