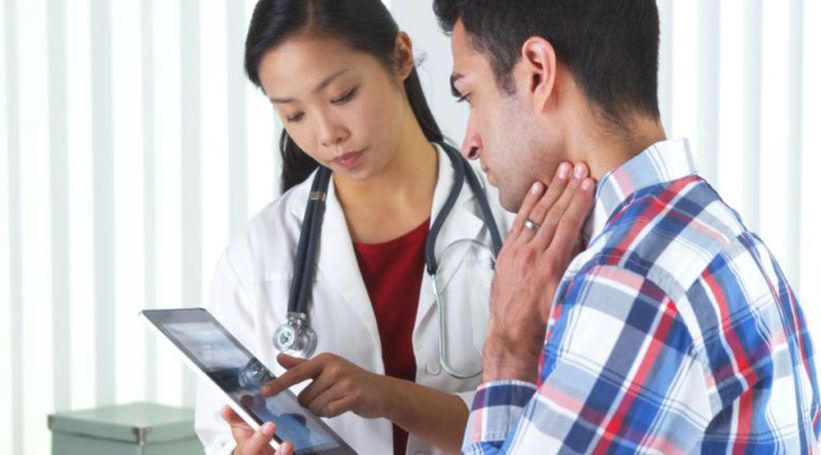 HIV or Human Immuno-Deficiency Virus is a life-threatening virus that attacks the CD-4 lymphocytes of the human body and brings down its immune system to a level that it is vulnerable to all kinds of diseases. If not treated timely, the infected person dies due to the direct effect of all other diseases rather than HIV alone.

Acute HIV infection
When HIV virus enters the blood stream of the body, it immediately attacks the lymphocytes in the blood. The patient may not notice its effect in the initial weeks until the time when the lymphocytes count in the blood stream has reduced to a drastic level. Flu like symptoms would begin to a appear.
High fever with head ache and nausea would be persistent for a couple of days. Some people might even experience Nausea, vomiting and diarrhea. These symptoms would remain for a normal period and the patient would return to normal state without ever knowing the real cause of the flu infection.

The second stage is called as the chronic infection stage. The patient enters this stage when the HIV starts killing off CD-4 cells thereby weakening the immune system on a daily basis. Post the flu symptoms, the infected person may not even have a slightest idea that he is infected with HIV. This is the stage where HIV infection is at its peak and can go unnoticed until at least a decade. If untreated during this time, the HIV will keep on destroying CD-T4 cells by latching on to it.

The third and the final stage of the HIV infection is AIDS
When the CD-T4 lymphocytes count has gone below 200, the immune system of the infected person is completely down. At this stage, much severe symptoms start to appear. Some of them include. Feeling tired all the time, Unexplained profuse night sweating, Fever that lasts for more than a week, severe diarrhea that lasts longer than usual, unexplained skin pigmentation with bruises and bleeding. Some unusual symptoms such as yeast infection in reproductive organs and swollen lymph nodes in neck and groin. Person infected with AIDS is normally suffers from Kaposi’s sarcoma which is a type of skin cancer and pneumonia. People with unhealthy lifestyles are more prone to suffer from STD’s such as genital herpes and gonorrhea. As stated earlier the body of the infected person falls prey to other infections which results in death.

A person suffering from AIDS can survive for 4 years or more with proper medication.

Hence it is important for the potential patients to get tested thoroughly for any signs of infections. If found positive, it is advisable to start the treatment immediately before the stage of infection advances.