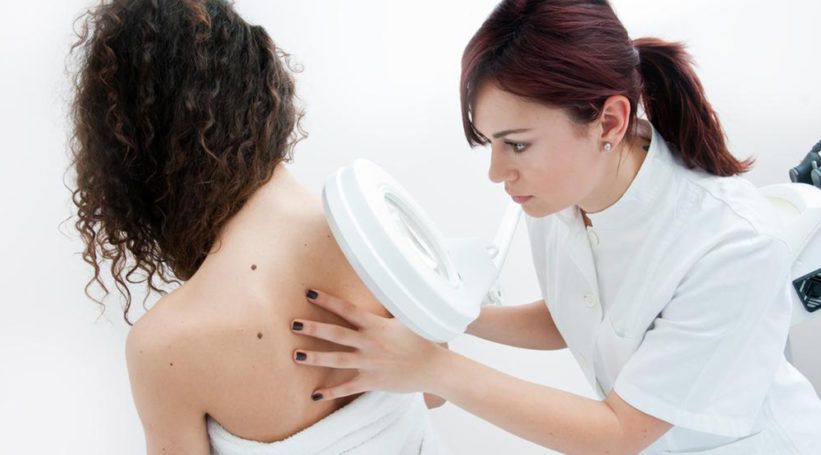 The most dangerous kind of skin cancer is known as melanoma. This type of cancerous growth develops as a result of mutations triggered by UV radiation etc. In many cases, these tumors looks like black or brown moles. Melanoma can be treated successfully if it is detected in time. Stage four melanoma is the most advanced stage of this type of cancer. Reaching this stage implies that the cancer cells have spread beyond the lymph nodes and are now attacking the other organs. The organs most commonly affected by melanoma include the lungs, liver, bones, brain and stomach.

In stage four melanoma, cancerous moles may start looking and feeling different. As the cancer spreads to the lymph nodes, the nodes begin feeling hard and lumpy. This is because the nodes have begun to get matted together. The tumor may also appear to be thicker than it was earlier. Additionally there may be a break in the skin around the tumor. This may or may not cause bleeding.

In addition to checking these physical symptoms your doctor will also conduct a few tests to confirm his diagnosis. These include:
â€¢ Blood tests to ascertain liver functioning and blood count
â€¢ Ultrasound scans to see how far the cancer has spread and
â€¢ A biopsy of the suspected tumor

Self-examination is key to when you have been diagnosed with melanoma. The ABCDE of self-examination for stage four melanoma is
A- Asymmetry: look out for moles that are asymmetrical and uneven
B- Border: look for moles with an irregular or poorly defined border
C- Color: look for color variations on the mole
D- Diameter: look out for moles that are larger than the size of a pencil eraser
E- Evolution: check for changes in shape and size of the mole

There are five standard forms of treatment for melanoma.
â€¢ Surgery: This is intended to remove the cancerous tumors and lymph nodes affected by it.

â€¢ Chemotherapy: This involves the use of drugs in a pill form or intravenous form to destroy the cancer cells.

â€¢ Radiation therapy: This form of treatment uses energy beams for example X rays to destroy the cancer cells. Radiation is often recommended after surgery and can also help relieve melanoma symptoms from other parts of the body.

â€¢ Immunotherapy: Cancer and a weak immune system have a cyclic relationship. Hence by strengthening the immune system, cancer can also be treated.

â€¢ Targeted therapy: This involves the use of medication designed according to the vulnerabilities of the cancer cells. In most cases, these drugs are effective only if the cancer cells have genetic mutations.

In addition, there are also a number of clinical trials being run to treat melanoma that cannot be removed by surgery.