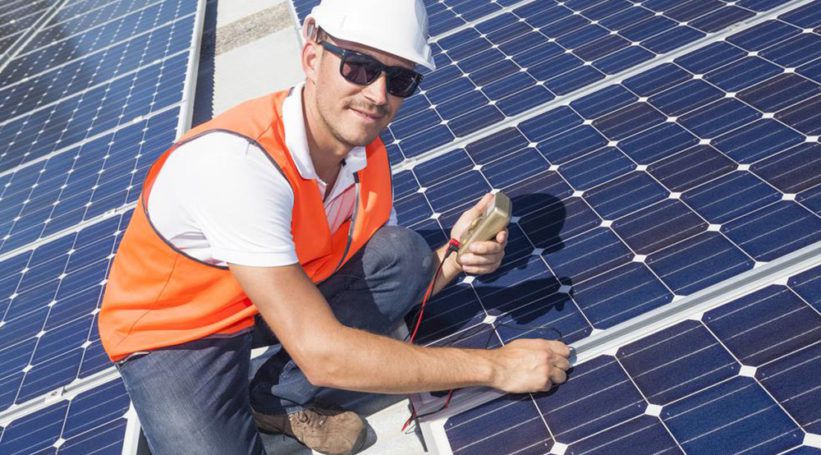 Solar panels – Why you need and how to choose between them

In the ever-growing field of technology, the need for clean and sustainable power generation go hand in hand. With the ever-depleting natural resources that we have been using since the first sprout of evolution, it is becoming more and more difficult to garner clean energy. That’s when solar technology came into existence. Solar technology uses sun energy that can power up things, from toy car to a whole city. It can be stored in a simple photovoltaic cell or solar panels depending on the purpose.

Solar panel is a collection of solar cells. The more light hits the cells the more electricity is produced. There are different types of silicon present for almost 90% of the World’s photovoltaics today are based on some variation of silicon. The silicon used in Photo voltaic cells has many forms. Efficiency should not be your primary concern. As cost and space efficiency are the determining factors for most people.

For people having space constraints for thin film solar panels, in order to limit the amount of space photo voltaic system takes up, crystalline-based solar panels can be a good option. Although there are not a whole lot of solar panel system installers that offer thin-film solar panels for residential use at this point.

The 180, 200 and 220 watts rated solar panels are usually of the same size. They are manufactured exactly the same way, but yield different results when tested, hence they end up in different categories for power output. It is recommended to go for the highest rated power output for a particular physical size.

Like for instance, monocrystalline solar panels are slightly more expensive, since they are slightly more space-efficient. A solar panel system made up of one polycrystalline and one monocrystalline solar panel, both rated 220-watt, would generate the same amount of electricity, but the one made of mono-crystalline silicon would take up less space Lowest Costs materials used in solar panel systems. If you want the lowest costs per rated power, or in other words, pay as little as possible for a certain amount of and electricity. At the end it depends on what appliances you are choosing to run on solar power. So consider takinng an opinion from a solar panel installer before deciding to install one for your home.