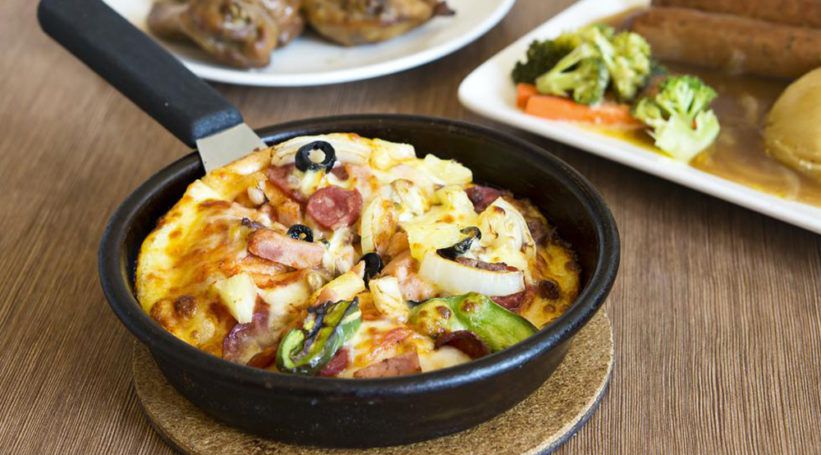 Restaurant recipes that you can prepare at home

While on Television, you might have often drooled on food channels airing various restaurants across the United States showing their best-selling and irresistible delicacies, which would make you go bonkers and urge you to try them then and there. But you can’t since you live far off from the place. No need to put a lid on your cravings anymore, you can try preparing many of those delicacies in your own kitchen.
To prepare a vegetable salad Â with Italian dressing, you will need, half cup Italian salad dressing, three tablespoons grated Parmesan cheese, one tablespoons sugar or equivalent substitute, one raw egg or egg beaters equivalent or two tablespoons mayonnaise and one fourth cup olive oil.

Combine the above-mentioned ingredients (sans olive oil) and place it on the top of a double boiler over simmering water. Add the dressing mixture and olive oil and whisk continuously until the mixture is thick and heated through. Remove it in a container and chill for several hours before using. Cut the vegetables of your choice and mix them well with this dressing with an additional dash of olive oil. Relish it with a side of baguette.

We have always wanted to make burgers the way they prepare at diners and food trucks. They innovate in a way that makes those recipes even more relishing. Take for example cheese filled Burgers, they are nothing but ordinary burgers which have their patties center filled with cheese. Here’s how you prepare them;
For ingredients, you will need, half a cup of finely chopped onion,1 tablespoon ketchup, one teaspoon prepared mustard, one fourth teaspoon salt, a teaspoon pepper, half pound lean ground beef, one fourth cup finely shredded cheddar cheese, two hamburger buns, split Lettuce leaves and tomato slices and other veggies of your choice.

In a small bowl, combine the first five ingredients. Crumble beef over mixture and mix well. Shape into four thin patties. Sprinkle cheese over two patties; top with remaining patties and press edges firmly to seal. Grill, covered, over medium heat for six minutes on each side or until a meat thermometer reads 160Â° and juices run clear. Serve on buns with lettuce and tomato if desired.