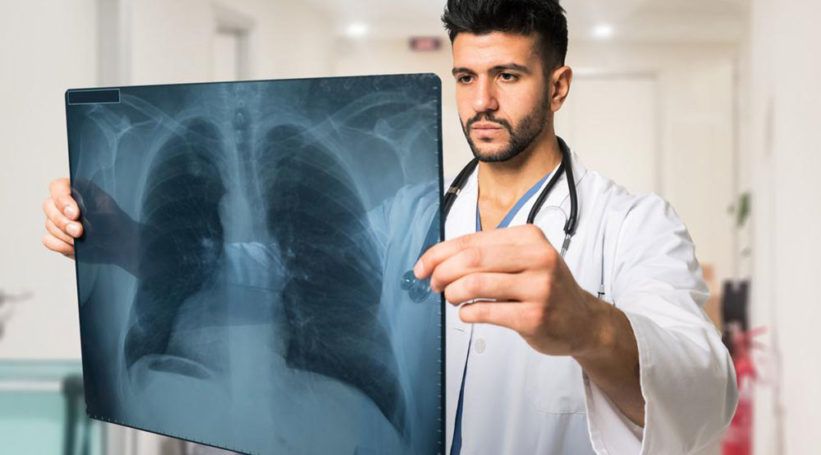 Protect your lungs from pulmonary embolism

Pulmonary embolism is condition which causes blockage in one of the pulmonary arteries of your lungs. It is caused by blood clots that travel to the lungs from legs or on rare occasions, from other parts of the body.Â It is a direct effect of DVT, or Deep Vein Thrombosis. The blood clots so formed by DVT blocks the blood flow to the lungs, which can be life threatening.

Other signs and symptoms that can occur with pulmonary embolism include leg pain or swelling, or both, usually in the calf, cyanosis or discoloration of skin, fever, excessive sweating, irregular heartbeat, light-headedness or dizziness.

The causes of pulmonary embolism can vary. It occurs when a clump, which is most often a blood clot, gets wedged into an artery of the lungs. The blood clots so formed mostly originate from the deep veins of the legs. This condition is known as deep vein thrombosis (DVT). In most of the cases, there are multiple clots involved but not necessarily all at once. The portions of the lungs get blocked due to stoppage of blood supply to those areas, which as a result make that portions of the lungs dysfunctional. This is known as pulmonary infarction. This condition makes it more difficult for the lungs to provide oxygen to the rest of your body. Â Occasionally, blockages in the blood vessels are caused by substances other than blood clots, such as fat from the bone marrow, collagen or other tissue, a part of tumor, or even air bubbles can cause DVT and ultimately pulmonary embolism.