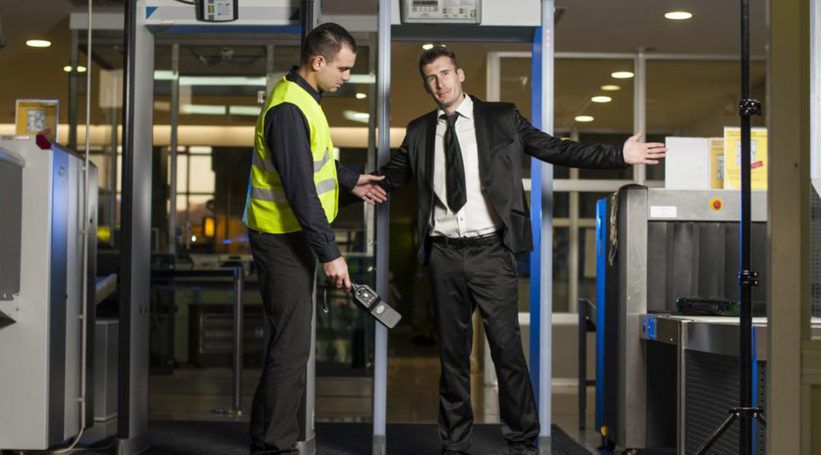 Metal detectors are electronic instruments used to detect foreign bodies such as metal items hidden within objects or buried underground. First found around 1960, metal detectors ever since have had several uses in various industries. Check out some of the most popular uses of metal detecting devices.

Security Screening
Prior to the rectangular gantry now standard at airports, magnetometers were the first metal detecting devices used Â sometime in 1970. Metal detectors both hand held and walk through, are of great utility at public places and sensitive areas to ensure security and evade potential threats from carrying weapons like guns and knives. These are mostly used to avoid illegal and unauthorized entry of metallic objects at airports, metro stations, malls, prisons, courthouses, hotels, clubs etc. Handheld devices precisely locate the presence of metal objects on a person and are extremely portable, easy to use and efficient.

Archaeology
First used in 1958 by a military historian to detect firing lines at a battle, metal detectors began to be used extensively in archaeology. Most archaeologists now, however, discourage the use of metal detectors by seekers of artifacts and â€œsite lootersâ€� as their activity usually disrupts archaeological sites. Since ordinary seekers find objects without archiving or recording its context, the cultural and historical significance of the object is lost. To resolve this issue, many countries impose certain rules on hobbyists and ordinary people using metal detectors on specific sites.

Industrial metal detector
Developed by Bruce Kerr and David Hiscock in 1947, industrial metal detectors were first used by Mars Incorporated to inspect mars chocolate bars for adulterated items. Later industries dealing with pharmaceuticals, food, beverage, textiles, garments, plastics, chemicals etc. incorporated metal detection as a compulsory safety measure in the production process. Food manufacturing industries use metal detectors as a precaution to check for metal shards from broken machinery in food items during production and packaging. Metal detectors help spot foreign objects in food items before it is packed. Garment factories make use of metal detectors in sewn garments to ensure that allÂ garments are free from any traces of metals like needles, broken needles etc. When contaminated objects undergo metal detectors, an unequal disturbance is felt in the device that further creates a small electronic signal and some amplification. Once that happens, a mounted device is signaled to remove foreign products from the production line. All this happens automatically to avoid uninterrupted manufacturing process in big factories.

Hobby
Metal detectors are used in a big way as various types of hobbies as well. Coin shooting, prospecting, treasure hunting and beach combing are some of the popular activities that use metal detectors to locate lost, hidden and distant objects.