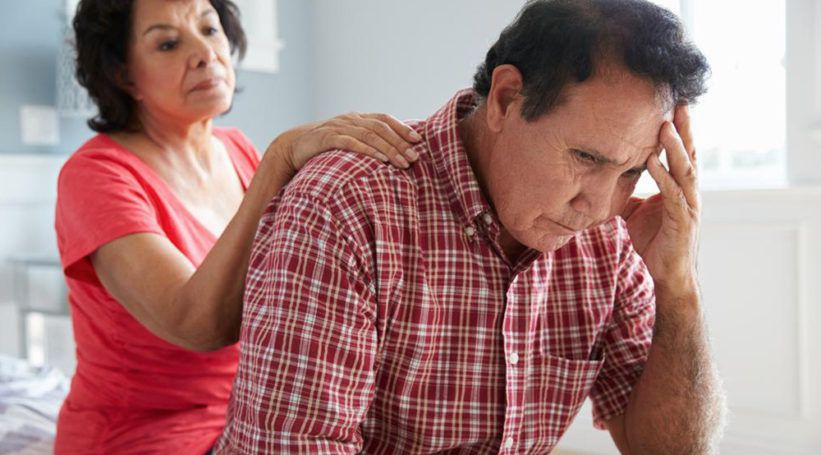 Identifying the symptoms of Dementia

The risk of suffering from a number of mental conditions increases with age. Dementia is one such mental condition that majorly affects elderly people. This is not a disease in itself but is a collection of conditions such as memory loss, weakened coordination and the weakening of other mental faculties. This condition affects different people in different ways. While for some, this condition can progress at a fast pace, others may experience the early stages of dementia for years. What is common in all cases of this condition is that it worsens with time and that there is no cure for this condition.

Each patient of dementia experiences this condition differently. Early stages of dementia are characterised by forgetfulness, impaired special reasoning and difficulties coming up with the right word in a conversation. This is also known as Mild Cognitive Impairment. The stages of dementia ca be categorised as mild, moderate and severe dementia.

Mild Dementia: In the early stages of dementia, a person may be said to be suffering from mild dementia. At this stage they can function independently but will begin experiencing symptoms such as:
â€¢ Forgetting where they keep things
â€¢ Forgetting words in the middle of a sentence
â€¢ Forgetting recent events
â€¢ Persistent complaints of fatigue
â€¢ Withdraw from society and become more subdued
â€¢ Difficulty making plans and solving problems
â€¢ Trouble managing numerical situations such as managing finances
â€¢ Loss of interest in hobbies or work

Severe dementia: In this stage most dementia patients are completely dependent on others to take of them. This stage is marked by worsening mental and physical capabilities. Some of the symptoms characteristic of this stage are:
â€¢ Inability to communicate
â€¢ Inability to dress oneself
â€¢ Inability to eat on their own
â€¢ Increased susceptibility to infections such as pneumonia
â€¢ Loss of physical abilities such as walking independently or sitting erect
â€¢ In its most severe stages, it can also cause urinary incontinence and the loss of control over bowel functioning

While dementia cannot be cured, an early diagnosis can help slow the progression of the disease and improve the patient’s quality of life. This also gives his or her caregivers enough time to plan their future care requirements. There are also a number of clinical trials being run which a patient in the early stages of dementia may be a viable candidate for.