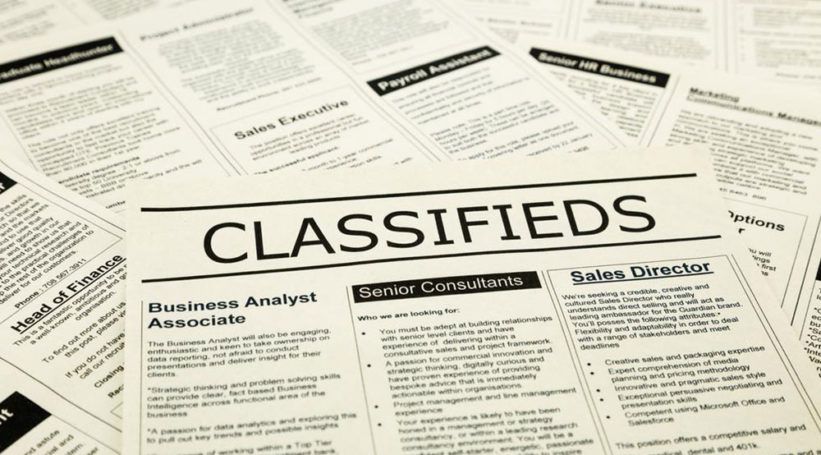 There is a certain knack and art when it comes to putting out a free local classifieds ad. You will need to decide what kind of information you want to put out. Get the main information and word it well in a precise way so that it is eye-catching and instantly grabs the attention of a person. You can also contact someone from the newspaper or the media company so that they will word it for you. Also, you can use a number of coupons and deals so that you get the best amount of space at discounted rates.

Always get a post box on rent so that you can communicate with people without compromising on your personal information.

Have something to sell? There is nothing like having a word of mouth promotion that can help you sell your item with ease. Over time, humanity needed a medium for publicizing such promotions. Hence a separate section was coined by the term Classified ads. It is a medium in which you can place your product or your promotion in the local channel so that people get to know about it. The local channels can be a local newspaper or magazine that widely circulates within your town. The medium was a huge success and it later reinvented itself as free local classifieds.

By the turn of the century, classified ads were getting popular. However, during the times of great depression, many people had no other option but to sell some of their belongings to survive. Often these people were left with no cash to put an advertisement in the classified sections. Hence some believe it was only during these times that the concept of free local classified got invented. It is a concept by which you as a seller do not have to pay any premium for placing your adverts. The buyer or the potential customer would pay for the classifieds and contact you. The idea was such a phenomenal success that even today, people use such free local classifieds for placing their ads.

Free local classified have withstood the test of time and are still widely popular in spite of the stiff competition from the digitized medium. It’s true that the subscriptions are not like what they were before, but they are still active in some pockets of the world, especially the parts of the world that still believes in digitalization with skepticism. The thing with free local classifieds is that people trust them. Also, the mediums are localized. Hence they would cater to the pulse and the needs of the audience within that particular section. So in the current world scenario, where do free classified ads stand? People will vouch unanimously that they are more robust than ever with latest innovations. Old timers who have started using them can feel their simplicity and have refused to move to other mediums. Also, many individuals do still find them convenient, often overtaking other forms of medium.

Free local classifieds can be the best reminiscent of the times gone by and can actually show how the things are and were done in old days before the entire word got digitized.