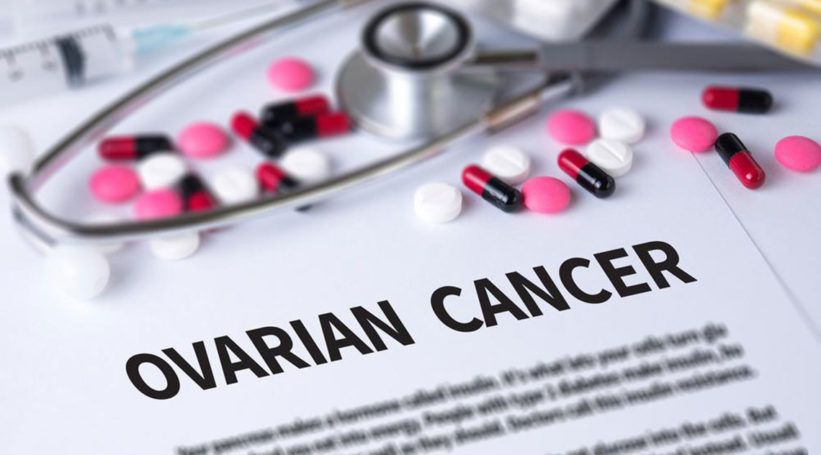 Here’s What You Need to Know about Ovarian Cancer

Ovarian cancer is a form of cancer that originates in the ovaries, a part of the female reproductive system. It is the tenth most common type of cancer detected among women. Read on to know more about ovarian cancer symptoms, causes, risk factors, types, diagnosis, treatment, and prevention.

Diagnosis of ovarian cancer
Depending on the symptoms, doctors can suggest one or multiple diagnostic tests. A pelvic exam is commonly recommended where the doctor examines the vagina for any abnormal growths. Imaging tests such as abdominal and pelvic ultrasound or CT scan are used to gauge the size and structure of the ovaries. Likewise, a blood test for measuring the levels of CA (cancer antigen) 125 can be suggested. However, this blood test can’t definitively claim that one is suffering from cancer. In extreme cases, if there is no conclusive diagnosis drawn, the doctor may suggest surgery to remove the tumor or a part of it for biopsy.

Treatment of ovarian cancer
Once the condition is diagnosed, the doctor will suggest a combination of procedures for its treatment. These include the following:

Prevention
As of now, there is no foolproof way of entirely preventing ovarian cancer. There are a few measures one can take to lower its risks such as using birth control pills, considering pregnancy, breastfeeding, and surgical procedures such as tubal litigation or hysterectomy. However, it is essential that one scrutinizes the consequences of adopting any such methods. Therefore, it always makes sense to be prudent by seeking the counsel of a qualified gynecologist.