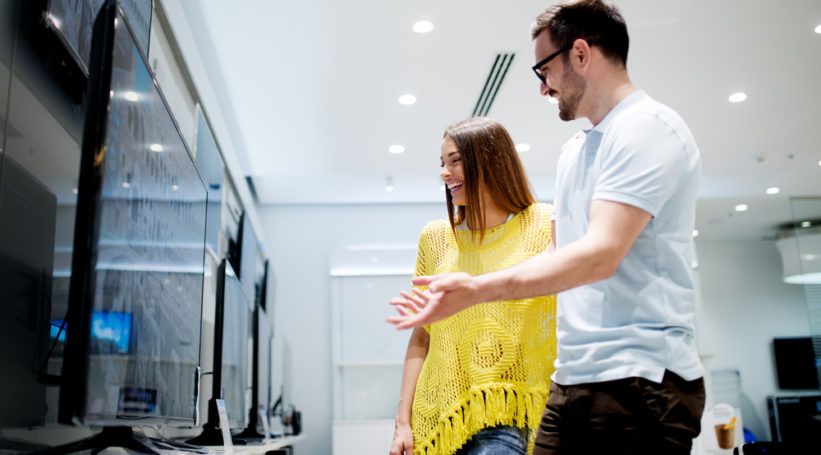 Types of Flat Screen TV and How to Buy One

The television was invented during the early 20th century. It changed the world through its superior audio and visual communication technology. Televisions are now found in almost every home around the globe. It is a mass medium for entertainment, news, education, politics, and various advertising types.

The bulkier high-voltage CRT (cathode ray tube) screen displays are now replaced with flat-panel and compact, energy-efficient technologies such as LCDs, LED and plasma displays. LEDs are slowly being replaced by OLEDs. Smart TVs are increasingly being produced by manufacturers since the mid-2010s. Smart televisions with integrated Internet and web functions have become a dominant form of television since the late 2010s.

The common types of flat screen TVs are as follows:

Plasma displays use small cells which contain electrically charged ionized gases known as plasmas. The plasma screens are made bright and made of glass. Plasma televisions are produced in larger sizes and cannot be economically manufactured in smaller screen sizes.

Light emitting diode (LED) televisions have a flat-panel display, using an array of LEDs as pixels for displaying videos. The screen brightness makes it possible for them to be used outdoors as they are visible in the sun.

Organic light emitting diode (OLED) televisions are basically LEDs. It consists of an emissive electroluminescent film. This film of organic compound allows the emission of light in response to an electrical current. Since OLEDs do not need any backlighting, they can be built weightless and thinner compared to other displays.

How to buy a flat screen TV?

Here are some factors you should consider before buying a flat screen TV.

As discussed above, there are many types of television based on their screen displays. While choosing a flat-screen TV, one must make sure they pick up the latest and the best. As of today, plasma televisions are almost being replaced by lower-costing LCDs and OLEDs.

Size of the screen

Televisions are manufactured in many screen sizes, ranging from less than 20 inches to over 65 inches. One needs to pick up a television depending on its purpose of use. A television for viewing in the bedroom would be much smaller than a television to be viewed in the living room.

LCD TVs mostly need only a single fluorescent backlight, whereas the need of plasma TVs is that every sub-pixel has to be lit individually. Hence, viewing a plasma TV will cost about 50 percent more annually than an LCD television. The least amount of power is used by LED screens. They would consume about 40 percent lesser energy than LCD televisions.

The lifespan of a television

Price of the TV

There are thousands of brands and flat screen TV models on display. Getting the best bargain for your set may be quite challenging. LCD TVs are more affordable than the other options. Plasma TVs are mostly available in larger screen sizes and are a little more expensive than LCDs. LED or OLED screens, being the newest TV technology, are the most expensive in stores today.

Flat screen TVs have phased out the bulky cathode ray tube technology screens. The technologies used to produce these are quickly evolving to provide the viewer with a better viewing experience. The flat screen TVs have revolutionized the way the world watches television!