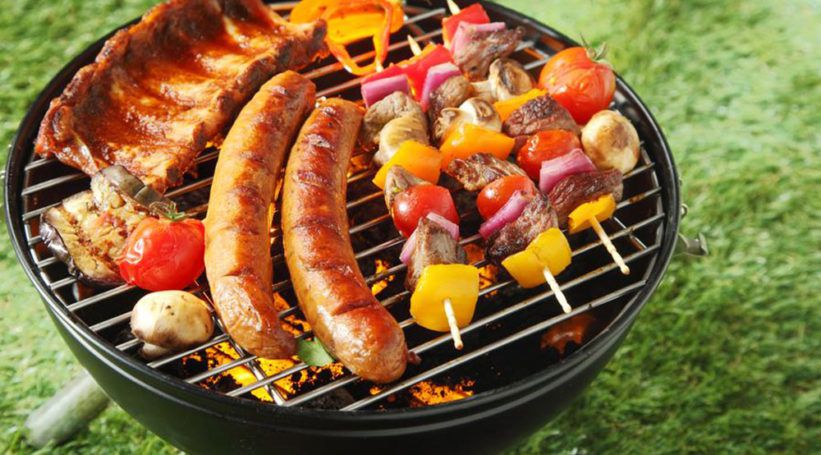 Evolution of barbecue in America

Barbecuing is the perfect idea of a get-together for millions of Americans as they flock around outdoor pits, ovens and grills that they have set up in the backyard of their houses. Americans love their meat slowly cooked. Those meaty, patriotic dishes slathered in sauce, barbecue is about as red, white and blue as American cuisine gets, and for true carnivores. It is one dish that is not eaten keeping in mind the appetite but satiety. The prevailing (and true) notion around is that, merely throwing meat on a grill is not barbecue. The real deal is cooked over indirect heat, usually a wood fire for a really long time (sometimes for as many as 18 hours). The resulting flavor is a smoky combination of meat juices, fat and spices or rub that had been added over the meat.

The origination of the word barbecue is still under smoke. Though the Spanish used the word barbacoa to refer to the method of slow-cooking meat over a wooden platform by the end of 19th century. The first half of the 20th century saw a mass migration of African Americans from the rural South to Northern cities, and as they moved, they took their recipes with them. By the 1950s barbecue joints owned by African-Americans had sprouted in nearly every city in America.

The Americans living in the southern regions developed a culinary technique. Pigs were prevalent in the region thus, pork became the primary meat at barbecues. Corn bread apparently complemented barbecued pork. Another reason being that, corn grew better than wheat (which was prone to fungal infections) in the southern regions. Barbecue allowed an abundance of food to be cooked at once and quickly gained popularity as a food that could be served in large gatherings like church festivals and neighborhood or outdoor picnics.

Barbecue styles are named after their place of origin: Texas, Kansas City, Memphis, North Carolina and Tennessee. Memphis is renowned for pulled pork-shoulder flamed in sweet tomato-based sauce. North Carolina does not stress over ribs and shoulder, it smokes the whole hog in a vinegar-based sauce. Kansas City prefers ribs slow-cooked in a dry rub. Texans prefer beef over pork. In the western segment of the Lone Star State, you’re likely to find mesquite-grilled “cowboy-style” brisket. Barbecue doesn’t require expensive cuts portions of meat as it is anyhow going to get slathered in sauce and cooked until it falls off the bone. Thus, Barbecue came to be known as a soul food and a dish that would please almost every American.