Home ▸ Consumer Electronics ▸ Curious about the new iPad Pro 2018? Get all the deets here 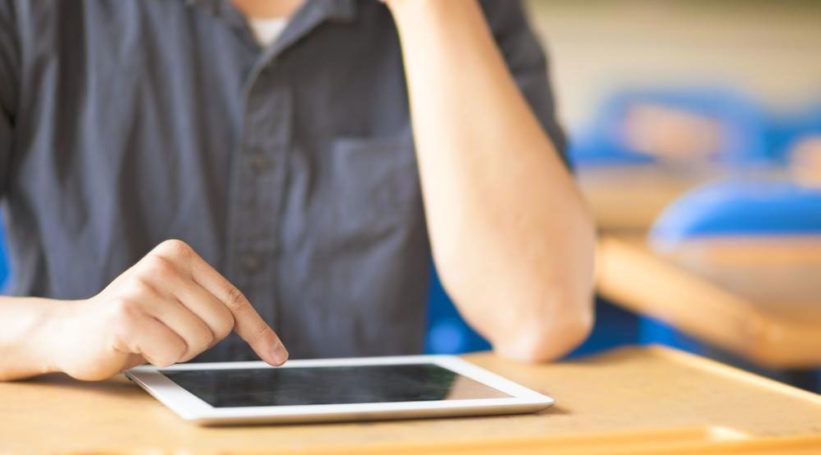 Curious about the new iPad Pro 2018? Get all the deets here

In the tech world’s one of the most anticipated events in September 2018, Apple was expected to announce the release of a slew of new products, setting the stage for an intense competition during the holiday season. Until now, 2018 has been a year of minor updates for Apple. Rumors had long been abounding about the new products that Apple would announce in its “Gather Round” event at the Steve Jobs Theatre in Cupertino, California. Two new iPad Pros along with three new iPhones, a new series of Apple watch, new Macs, and AirPower, a wireless charging accessory was predicted to be released. However, the event only saw the release of new iPhones—iPhone XS, iPhone XS Max, and iPhone XR— and Apple Watch Series 4. The release date of the new iPad Pro has not been announced yet; however, it is likely that the latest iPad Pro will make an appearance in the fall.

Apple has taken time releasing its new iPad Pro series. The last iPad Pro was released in June 2017. More than a year later, there has been a considerable buzz surrounding the latest features Apple will pack in its new iPad Pros. Although the company released a new iPad with Apple Pencil in March 2018, there were hardly any talks about the launch of new iPad Pros until now.

Here’s what has been speculated about the new Apple iPad Pro 2018.

New sleeker design
The much-awaited iPhone X release in November 2017 was a significant moment in the history of smartphone design. It completely did away with the bezel around the screen. The bezel-less design of the iPhone X was furiously adapted by Apple competitors for their flagship phones. A similar bezel-less design is expected in the new iPad Pro 2018. With the 10.5-inch iPad Pro of last year having a minimal bezel, it is highly likely that Apple would completely do away with the bezel in its latest offering of the iPad.

It also seems like that the home button will also be completely gone, just like the iPhone X. If this is true, it means the new iPad Pros will be completely future-proofed with unlocking enabled only through Face ID. This necessitates the inclusion of the TrueDepth camera, which makes the design a bit bumpy around the camera area. However, according to leaked CAD renders, the new iPad Pro will still look pretty sleek with cleaner design features. The headphone jack has also been apparently done with, but there have been a few contradictory reports suggesting that the device will have a 3.5mm headphone jack. The leaked designs also show a mystery button located below the volume keys. No one has really figured out the purpose of this button yet.

Bigger screen and curvy corners
With the home button and the bezel minimized or nearly gone, the Apple iPad Pro 2018 is expected to have a bigger screen. The 10.5-inch model is speculated to be pushed to an 11-inch model. The 12.9-inch model will perhaps stay the same but with smaller dimensions and a larger screen.

In July 2018, many Apple analysts and developers observed an iPad icon in the iOS 12 developer beta 5. This icon showed rounded corners with no notch and thinner bezels. Based on this icon design, many predict that Apple iPad Pro 2018’s screen will have rounded curves, same as the body, giving the device a very seamless look and feel. If Apple confirms these speculations, the earlier iPad Pro models with their thick bezel, home button, and notch, will now seem to be clunky and clumsy.

To OLED or not to OLED
Apple faced a lot of production difficulties with the OLED screen of the iPhone X. Suppliers expressed a lack of bandwidth to meet the huge demand for Apple devices. The same trend was expected to have to have continued with the latest Apple products.  Moreover, Apple’s biggest competitors, Samsung gave consumers a Super AMOLED screen in the Galaxy Tab S4 that went on sale in August 2018. To match with its competition, Apple analysts predict the iPad Pro 2018 to have an OLED screen. With the latest iPhones having Super Retina OLED displays, it is highly likely that the new iPad will also have this high-clarity high definition display technology.

Say hello to Face ID
The apparent lack of the notch in the leaked designs and the icon design of iOS 12 developer beta 5 led many to speculate that the Apple iPad Pro 2018 will not have the Face ID feature. However, the iOS 12 beta was observed to have been hiding Face ID settings. So, obviously, there was a high possibility that Apple has figured out a way to incorporate this biometric security feature without the notch. However, the new iPhone design has retained the notch to incorporate Face ID. So, it seems that the new iPad will have Face ID along with the notch.

Speculated prices
The starting price of the 10.5-inch iPad Pro launched in 2017 is $649, while the 12.9inch iPad Pro has a starting price of $799. The Apple iPad Pro 2018 is expected to have similar price points. However, the prices may vary depending on global currency fluctuations and production cost. Moreover, the prices may be impacted by the new tariffs imposed by the US on products manufactured in China.