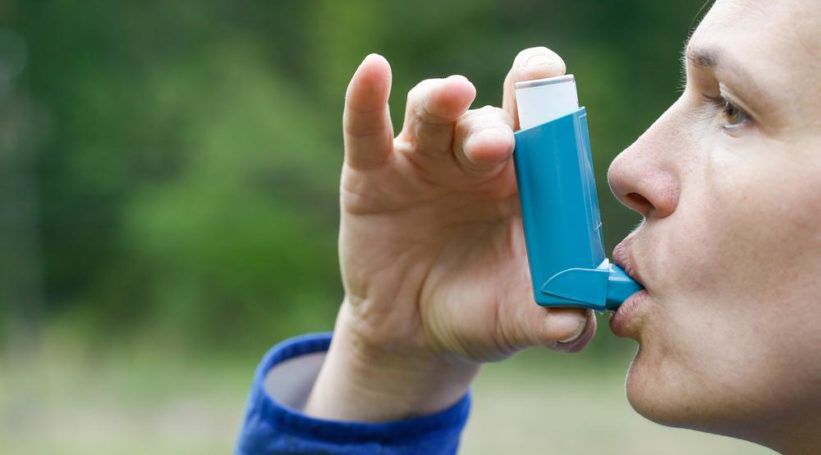 COPD Inhalers – A Mainstay of Treatments

The lungs get blocked due to two main reasons:

This leads to inflammation in lungs and bronchial tubes. This leads to chronic coughing and mucus production. Our lungs are surrounded by a hair-like projection called cilia. When the cilia get damaged, the sputum removal through bronchial tube becomes difficult. This causes more irritation in the throat, coughing, and mucus formation, due to which your lungs get inflamed and blocked causing serious breathing problem.

Your lungs consist of minute airbags called alveoli. When these alveoli expand, exhaling and inhaling become difficult. The expanded alveoli leave a restricted space for carbon dioxide to exit and oxygen to enter the lungs. This causes severe breathing problem. Deep breathing becomes rather more difficult when your lungs are out of shape.

People generally confuse COPD with normal coughing due to a cold or a smoking habit. There is no such warning sign at an early stage other than persistent coughing and mucus formation. Severe symptoms are noticed when it becomes incurable. Therefore, it is better to get immediate treatment. If you find any of the symptoms below given, visit the doctor immediately.

Who are at risk of COPD?

If you are a cigarette smoker, pipe smoker, or marijuana smoker, you are at greater risk of getting affected by this serious ailment. Those who are secondhand smokers are at a higher risk.

This includes those who are asthmatic and are already suffering from a serious lung infection. Smoking with asthma makes it worse and increases the risk of COPD.

Higher exposure to pollution and dust

If you work in an industry and are exposed to pollution or dust, you need to take good care of yourself. Those working at such places are at a higher risk of COPD

Age is a big factor in getting COPD as your lungs become old and weaker. Therefore, those at the age of 40 or more are exposed to this disease.

If you have Alpha 1 Antitrypsin protein deficiency, you are very likely to develop liver and lung disorders. This leads to a serious disease like COPD. It can occur in adults and even in infants or children.

Inhalers are the backbone to those suffering from COPD. It is the only relief factor that supports breathing. There are different types of inhalers and one should clearly understand the difference between them.

They are used to make the airbags in the lungs contract so that air flow increases.

They are used to remove the inflammation from your bronchial tube allowing you to breathe properly.

These are the oldest type of COPD Inhaler and has been used for 40 years. It has a press button on the top, which when pressed, releases a certain dose of medicine into your lungs.

In these types of inhalers, there is no press button to release the medicine. Instead, you need to breathe in the medicine. Those with breath shortness or wheezing problem may face problems in using this inhaler.

COPD inhaler with a spacer device

This inhaler ensures that the medicine remains at a distance from the mouth. Whenever pressed, the valve of the inhaler opens up and is opened until you breathe in. Whenever you breathe out, the valve closes automatically.

A nebulizer COPD Inhaler is a machine that is generally used in hospitals. It is used to give a high dosage of medicine to those suffering from extreme breathing problems. These are less common than the other COPD Inhalers.

Prevention is always better than cure. It is better to keep yourself safe from diseases like COPD. However, if you find any of the symptoms, you must consult your doctor and get diagnosed immediately. COPD is not incurable at an early stage but if avoided becomes a serious problem. So, an initial diagnosis may cure your problem and prevent you from putting your life at risk.

Remember your health is an asset, preserve it and lead a happier life.