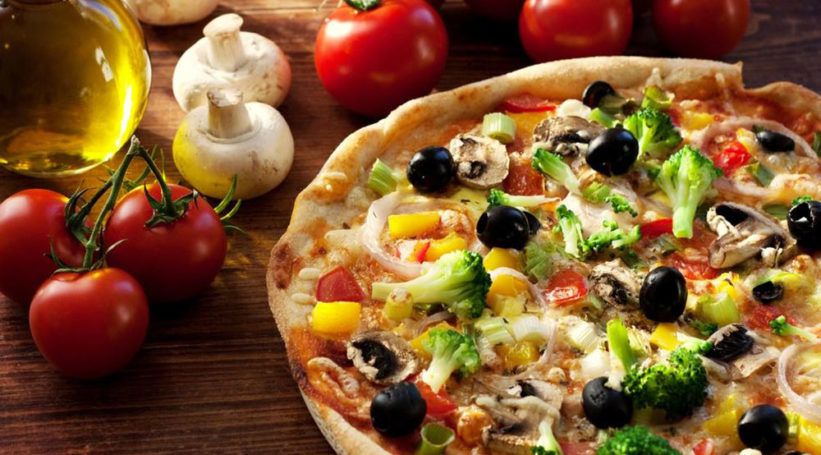 Pizza is one of the most popular and common choices for those looking for a quick snack or meal. From ruling Super Bowl parties to being the go-to food for a cheat day, pizza cafes and outlets are never for want of customers.

But, what made the pizza what it is today. Well, let’s just say that necessity is the mother of invention and the pizza we know today wasn’t always this celebrated.

Originating in the thriving waterfront town of Naples in Italy, the pizza emerged as an economical and convenient option for the lower working class. The need for inexpensive food, drove the Neapolitans to bake leftover meat and veggies on a flatbread with sauce and cheese to make a filling option, that they could eat on the go. Initially frowned upon by the Italian upper class, the combination of tomatoes, cheese, oil, anchovies and garlic with bread soon found favor with none other than royalty.

When King Umberto I and Queen Margherita visited Naples in 1889, they sought to break the monotony of their French food with local cuisine and opted for an assortment of pizzas from the city’s pizzeria.

As the Italians migrated to the United States in search for jobs, they brought along the legacy of this humble food with them. For them it was a reminder of home, for the Americans it was exotic! As they introduced this new country to their local food, the Italians started opening up pizza places on busy streets and business thrived, as did the pizza. The herbs and ingredients that were easily available in Italy were hard to find in the United States, so they made do with the locally available products and thus the pizza was here to stay.

The humble pizza with its winning combination of bread and cheese and rich red sauce gained popularity over the decades and is now as American as cheese burgers and apple pie. The superb blend of meats, cheeses, fresh veggies, pickles and even fish has been taken a step further with exotic toppings and gourmet pizzas becoming quite the rage now.

And to think it all started as food for the poor.