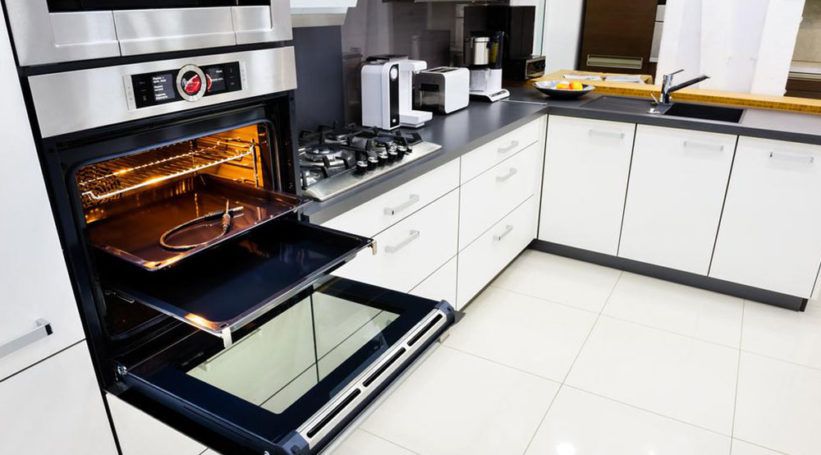 Many people aren’t aware of the differences and features of electric ovens. If you’re going to shop a new unit for your kitchen, it’s important to have a thorough knowledge about this. Let’s have some ideas regarding the single electric oven ranges for better shopping and cooking.

What are single oven electric ranges?
Single oven electric ranges are usually known as built-in ovens and manufactured to place in a cavity inside the kitchen space. It’s possible to place them underneath as well as are easy to fit away from the hob, differently inside a cavity. If you’re looking for slim and trim design in your kitchen interior, this provides a sleek finish which is good for the functional aspect as well as for look and design.

How to install electric ovens?
It’s mandatory to call a professional electrician unless the Electric oven runs off with 13 amperes along with a molded connection. There are three techniques through which single ovens can be installed.

It’s crucial to know that ovens aren’t inclusive with power cables unless particular, so the technician may charge extra to do the work.

Types of single oven electric ranges
Among the single electric oven ranges, there are various types. The traditional or conventional, one with a fan associated, as well as the multifunctional ones. The last one is the most useful and versatile as it comes with a lot of functions. This type of oven has pre-set programs for different types of cooking, like saute, deep fry, curry, heat, and so on. It makes the cooking process faster and easier and transforms the stressful cooking process into a more relaxing one. Fan ranges come with rotating fans in the oven space to distribute the heat evenly. These ovens make sure that the cooking goes evenly as well as faster than the conventional ones. Those ovens with fans (fan-assisted) have extra heating features on the top as well as at the bottom part of the cavity. Though it works almost similar to the fan-oven by spreading heat equally, the latter is far more superior in this aspect. But undoubtedly, these are better than the conventional ones as conventional ovens aren’t capable of distributing the heat across the entire space cavity of the oven. The top part becomes hotter than the bottom part.

Hence, before opting for some particular type, you must know all pros and cons of different types of single oven electric ranges to make the right choice.